A New Year, A New Direction, A New Company

2011 was a great year. I met so many new people, had a lot of great new experiences and continued to grow my business. I took on some major new clients under RVA MediaWorks and had a record year on Downtown Short Pump. These are all great things, because all healthy things grow. And as we flip the calendar to 2012, it’s time to take the next step in that growth. 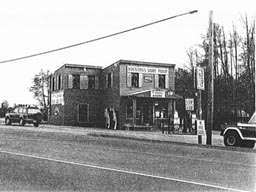 Today, the name is pretty fitting of the bustling suburban “edge city” that Short Pump has become. The Downtown Short Pump shopping complex had the domain name “www.downtownshortpump.com” etched into the stone of their sign, to promote the new center. By chance, I visited it one day in 2004 and noticed it had expired. I grabbed it for $8.

I then started posting happenings in the community, news I had heard or things I saw. Little did I know that this little one-pager would turn into a full-fledged website that welcomed just under 325,000 visitors in 2011– a fact of which I am very proud, but also very humbled by.

I can’t even begin to list all of the opportunities I’ve had and the people I’ve met all around Richmond through the growth of Downtown Short Pump. It’s been an amazing journey. And as of today, I announce my plan to take everything to the next level.

I’ve sold Downtown Short Pump to James Loving of Loving Consulting (who I’ve worked with very extensively in the past through the company’s highly successful Far West End networking group The Loving Collective), with whom I’ve taken a job as Director of New Media and Image Consultant. I’ll remain Editor & Publisher of Downtown Short Pump under the company’s new online media division, Break Point Media Group. Working for the company that acquired DTSP will allow me to continue to do what I love and hopefully expand this vision around Richmond, beginning with our sister site, Midlothian RVA, which will be launching soon.

I’m incredibly excited about what 2012 will bring, and I thank everyone who’s supported me and my business as a whole over the years. I’m not going anywhere, just changing roles, and I look forward to working with you and your businesses as I expand upon what I’ve built with Downtown Short Pump into other areas– both role-wise and geographically!