Don’t Try And Label Me: A Rant On Political Assumptions Amidst Increasingly Polarized Parties 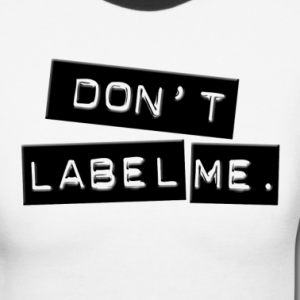 Let me start off by saying that I think I’m a pretty charitable person. I participate in or fundraise for no less than probably ten different organizations from across the political spectrum (and those that have no political affiliation at all). I do it because I wholeheartedly feel that we’re all in this thing together–life, that is–and that we should all do our best to give back to those in need and lend a hand to those that need it when we’re able. I love finding opportunities to help those who are less fortunate or raise money for a worthy cause I believe in.

Lately though, a couple of things I’ve participated in have resulted in more than just a few questions (a couple of them may be better filed under “interrogation”) from those that I know. I’ve heard things like “I’m surprised to see you at [event], I thought you’re a Republican,” or “I can’t believe you’re going to [presidential candidate]’s breakfast, do you really support him?”

First off, I really don’t share my political or religious views that often. Especially online, over social media, etcetera. I have my views and to me they’re both a private matter and not something that I feel like I should have to debate with anyone. I do from time, but I just don’t feel like any good has ever come out of a conversation like that. Part of that might be because I’m someone that generally avoids conflict like the plague, but it’s also because such conversations end up being so polarizing.

I have friends that I can have a mutually respectful conversation about things of this nature with, but by and large I feel like it ends up being a death match. A lot of times when I’ve been in the midst of a discussion like this, the other person will end up arguing until they’re blue in the face, out of breath, or have gotten angry enough that they seem worried they’re causing irreparable harm to our friendship.

It seems as though nowadays some people have to have to tell everyone else why their opinion is wrong and their own is unquestionably right. This may come as news to some people, but an opinion can’t be either right or wrong. It’s an opinion. But I’m getting slightly off topic.

Having run a news website for the past eight years, I’ve tried to be completely unbiased in my reporting and have covered and written about things that go against my own views even. But it’s that very attempt that’s gotten me the most critical comments at times. The one thing I’ve noticed the most is that the people who claim to be the most tolerant are often times only that way until you show that you’re against their views, and then end up being sometimes the most intolerant. And that has nothing to do with party affiliation, I’ve seen it from both sides.

All this being said, if you must know, I consider myself independent. There. I have a variety of views across the board on a myriad of issues (both social and fiscal) and don’t completely line up with the views of either party enough to consider myself on one side of the fence or the other. Now I know there’s nothing in the middle of the road but yellow stripes and dead armadillos (also a book title), but I vehemently oppose certain things going on in both the Republican and Democratic parties.

Here’s how I can best sum up how I feel: I think the Republicans should get out of our bedrooms and the Democrats should get out of our wallets, and I believe in the ideals of our Constitution and our Founding Fathers’ vision for our great nation, which I feel we’re straying from more and more. I’d say I respect the ideologies and political thinking of Thomas Jefferson more than anyone else. And there you have it. Oh and I’m a Christian who believes that God is love, and love conquers all. There. Any further questions? Now back to your regularly scheduled, vitrol-infused, heated Facebook comment threads, already in progress.

But seriously, I think we all (I’m not excluded from this, either) need to think twice before both assuming the political affiliations of those around us, as well as be a little more respectful of viewpoints that differ from our own. Because like I said in the beginning, we’re all in this together (cue the slightly cheesy Ben Lee song from that TV commercial) and plus, how boring would the world be if we all had the same opinions on the issues? I doubt it’d be as utopian as you might think.