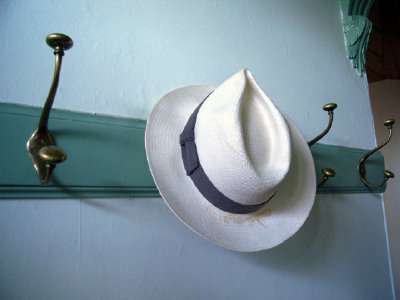 A Bittersweet Day: Hanging Up My Hat As The Unofficial “Mayor of Short Pump” 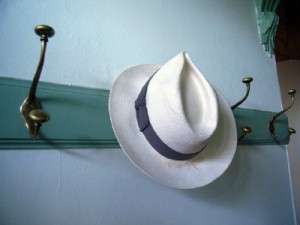 Well, it’s a bittersweet day for me. After eight years, I’ve hung up my hat as the unofficial “Mayor of Short Pump,” the title (jab, perhaps?) jokingly given to me over the years as one of the most vocal advocates of the Far West End of Richmond.

I started DowntownShortPump.com in 2004 in high school when no other online outlet for news specifically for Short Pump existed, after driving by the “Downtown Short Pump” signage in front of the Regal Cinemas. Under the title, etched in stone, was the domain name, originally used to promote the shopping center. After visiting the website and learning it had expired, I purchased the domain name for $8.00.

Now to understand the name, you have to go way back to the time when Short Pump was a sleepy, quiet outpost in the middle of nowhere. The long forgotten Henley’s Store, which stood right about where Trader Joe’s is now, donned a sign that said “Downtown Short Pump,” ironically poking fun at the fact that, well, that was about all there was out there. And it just about was.

That’s the Short Pump I grew up in. Back when it had soul. Fast forward to 2012, and there’s nary a point of reference to even begin to point out what stood where in the Short Pump of olden days. All that remains is the name.

Downtown Short Pump, then, was both an accurate and ironic name for my website. What was once a rural crossroads joking about being a city had actually become one, in a suburban sprawl kind of way. And that suburban city, I thought, needed an exclusive news source.

That being said, I never dreamed my little project with a couple visitors a day would end up netting 30,000 visitors per month or gaining the traction that it did. It’s funny to me that I sort of became the face or persona (or “Mayor”) of Short Pump to some people. I guess it was just because no one else was doing it. Either way, it ended up becoming the biggest project of my life thus far.

Unlike a lot of people who saw Short Pump as a suburban jungle of chain stores and concrete, which in many ways it had become, I aimed to utilize Downtown Short Pump to show that the community still had a pulse. Short Pump may have had an almost full-body transplant, but local businesses restaurants still thrived among the “big box” stores. I tried to demonstrate this as often as possible, and often times became the butt of jokes for it. Which I not only didn’t mind, but I quite often got a kick out of it and laughed right along.

I sold the site last December, but stayed on as Editor & Publisher. As the new owners prepare to take DTSP in a new direction, I think this was the right time to part ways. I can’t begin to express how grateful I am to have had the opportunities I did because of the site, and the connections I made. Not just business connections, but the friendships I formed and the people I met city-wide.

I didn’t just run a website. It was literally part of me. After spending a third of my life running Downtown Short Pump, it was very strange, almost surreal, driving down West Broad Street and seeing a sign for a new business opening. The instinct to make a mental note on something like that and put together a writeup for the website is so ingrained into me that it just comes as second nature. It’s going to take a while to remind myself that’s not what I do anymore.

Thanks for everyone’s support over the years–for believing in me, especially in the beginning, when I sometimes didn’t believe in myself. And for all the advice and support as I started out (extra special thank-yous go out to NBC12’s Ryan Nobles and Andy Jenks, who in some ways were my mentors and provided phenomenal advice).

I’ve grown and changed in ways that never would have been otherwise possible, and I would be nowhere if it weren’t for those that stood by me for the past eight years, including the loyal readers.

So while moving on may be bittersweet, and I may even be (gasp!) moving to The Fan soon, stepping back from something I’ve been used to doing has really given me some good perspective and clarity. I think I’ll be able to focus more on some big projects and ideas I’ve had in mind for some time. But not before I take the next couple months to reflect and really consider what it is I want to do next with my life, get myself and my life in order, and prepare to embark on my next adventure. I have some big ideas to make an impact on the community again, and this time, I’m going Richmond-wide, if not further.

Stay tuned, and again, thank you from the bottom of my heart to everyone who’s supported me.