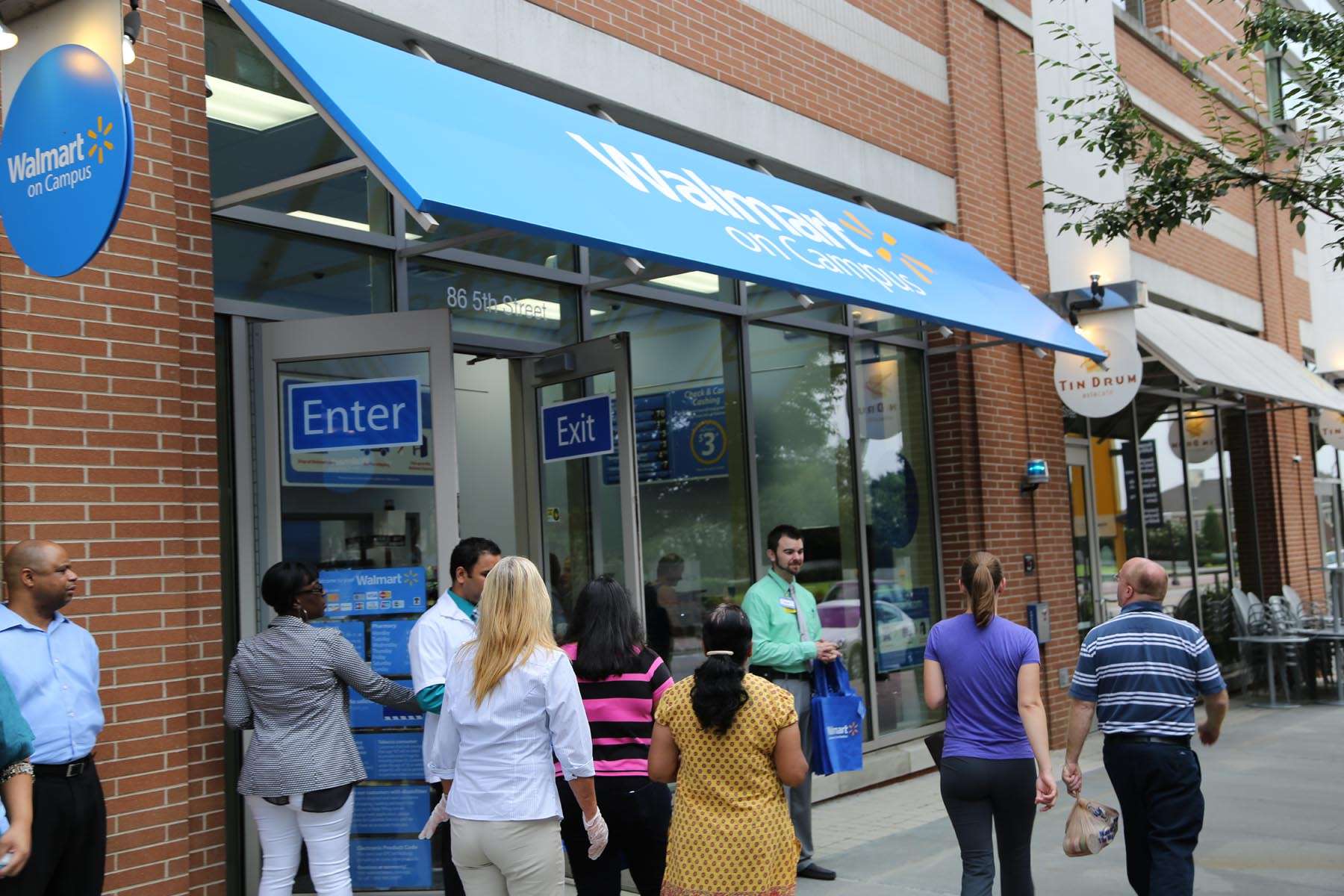 ‘Walmart on Campus’ and the Transformation of VCU and RVA

VCU announced today that a new ‘Walmart on Campus,’ the shopping giant’s relatively new college store concept, is coming to the university. The 4,100-square-foot store will be located at 912 West Grace Street on the lower level of a new academic building. It’s Walmart’s fifth ‘mini’ on-campus concept and is slated to open late this year or in early 2015 at latest.

At first glance, the news kind of made my stomach turn. I’m admittedly not a big fan of Walmart or what the company stands for, like some of their employment practices, the way the company has been known to strong-arm its way into communities, and the resulting loss of locally owned stores that sometimes occurs when a new store opens.

I initially remarked on Twitter that I didn’t think a Walmart fit the ‘vibe’ of that area of campus:

Gross. Doesn’t fit with vibe down there at all. Plus it’s Walmart. RT @richmonddotcom: Walmart Opening on VCU Campus http://t.co/QUuFACh9FC

Despite my reservations about the retail behemoth coming to campus, I was offered a few counter points in reply:

@TrevorDickerson the vibe is slowly becoming that unfortunately.

@TrevorDickerson Walmart provides jobs for people with no skills whatsoever. They have to work somewhere.

@TrevorDickerson hate the player, not the game. The idea that outside business wants in on #RVA is a great, not good sign.

So while I may not be thrilled about a Walmart coming to VCU, it does prove two points:

1. VCU’s “vibe” that I spoke of has changed and evolved rather quickly.

It’s amazing how much VCU has changed and grown in the short time since I went there. The school’s been put on the national map (and really, helped solidified Richmond’s place on the map as well) following the success of the VCU Men’s Basketball program and Shaka Smart’s leadership. The VCUArts program is rated the best in the nation, too. We’re no longer some vague, hipster-y school.

Sure, there were chains on campus before, right down the street from the Grace Street development, like Barnes & Noble, Five Guys Burgers and Fries, Qdoba Mexican Grill, and Extreme Pizza, to name a few. But since then, even more have popped up.

On West Grace Street, where the new Walmart is coming, the surrounding blocks are barely recognizable compared to a few years prior: 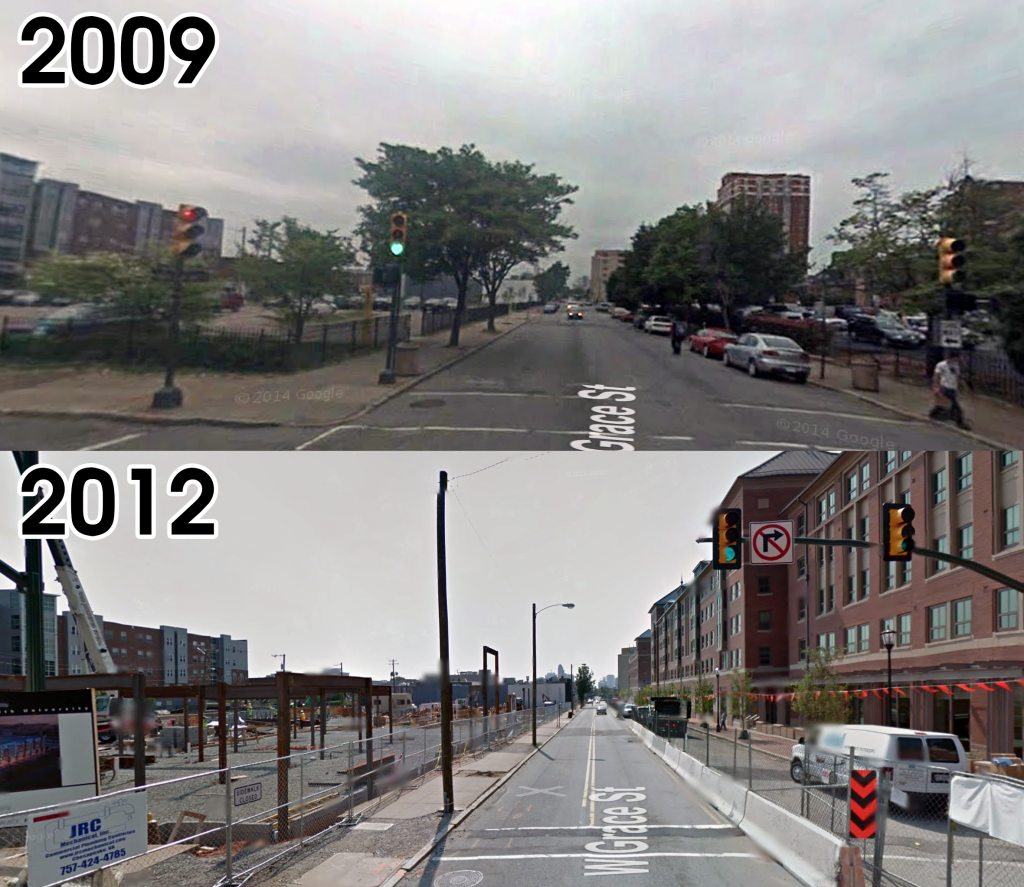 2. National interest in Richmond is on the uptick.

Just as VCU has gained a fair amount of national exposure over the past few years, so has Richmond. We were named ‘Best River Town in America‘ by Outside Magazine. Another study ranked RVA as the ‘Happiest Metropolitan Area’ in the United States.’ Richmond’s dining and brewing scenes have exploded, and chefs and entrepreneurs continue to raise the bar, many receiving national attention.

Chains that once never even considered the Richmond market are either testing the waters with their first RVA locations–Wegman’s, for example–or expanding their presence–such as Whole Foods Market.

The bottom line is, in my opinion, it’s an exciting time to live in Richmond. The city continues to thrive, grow and change. Change is not always easy though, especially for Richmonders (remember the great #Ukropalypse of 2009?).

While I’m not particularly excited for a Walmart at VCU personally, there will be many positive benefits for nearby students and residents alike looking to take advantage of a discount retailer, of which there are very few in the immediate area. Plus, it’s a small store as far as Walmarts go.

Finally, the fact that a corporation the size of Walmart sees a downtown store as a viable location is good news in general for the city–a sign of just how much this ‘big small town’ has grown up, perhaps.